The KKR or the Kolkata Knight Riders is a franchise cricket team owned by the Bollywood superstar Shah Rukh Khan, Juhi Chawla and her husband Jay Mehta. This team participate in the Indian Premier League (IPL). The official colour of KKR is gold and purple and the theme is ‘Korbo Lorbo Jeetbo Re’ meaning in English is we will perform, fight and then win. This team was formed in the year 2008 and the team’s captain was Sourav Ganguly who was the former captain of the Indian cricket team. Apart from him Brendon McCullum, Gautam Gambhir, Dinesh Karthik and Eoin Morgan were the captains of the team. 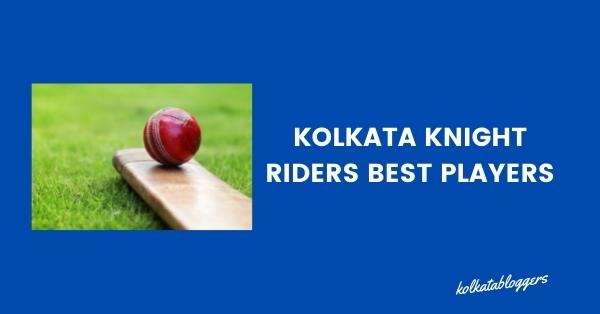 KKR had won the IPL twice once defeating the Chennai Super Kings in 2012 next in 2014 against the Kings X1 Punjab respectively. This team is in the league since day 1 and it has its own fan base. In this article let us read about our favourite KKR players. They are: –

his full name is Eoin Joseph Gerard Morgan and was born on 10th September, 1986. He is the present captain of the Kolkata Knight Riders. He is an Irish cricket player who is also the captain of England cricket team. Under his captaincy the team England had won the 2019 ICC World Cup. This was the 13th season of the IPL and under the captaincy of him the team finished at the 5th position but sadly could not be in the running for the playoffs. The team had bought Morgan for Rs 5.25 crores. He is a left-handed player. Started his IPL career in 2010 and has played 66 matches till date. Apart from the KKR he had played for other teams also like the Royal Challengers Bangalore, Sunrisers Hyderabad, Kings XI Punjab and so on.

born on 1st June 1985 in TamilNadu, India. Since 2018 he started playing in the KKR team but before that he had played with different teams like the Tamil Nadu, Delhi Daredevils, Kings X1 Punjab and so on. That very year he has replaced Gautam Gambhir as a captain and he had helped the team to be in the playoffs. Only for 2 years he was the captain and the team had won 19 matches out of 37. He is a wicketkeeper and a batsman of the team. Not only as a captain but he had proved himself as a player as well. He is simply phenomenal with his bat.

for KKR he has played only for two years and has got 18 wickets. In the year 2019 he was the costliest player of the team. Previously he used to play for the Kings X1 Punjab, he became the talk of town after playing well for this team. He was born on 29th august 1991. Now he plays for the Indian cricket team also as a leg spinner. On 24th October 2020 he took 5 wickets for 20 runs against the Delhi Daredevils in Abu Dhabi.

born in the Ranchi district of Jharkhand on 2nd March 1991. Rahul represents Maharahtra in domestic cricket. He is a player in the team and the most explosive batsman the team could get in the domestic circuit. KKR paid 60 lakhs for him. Previously he had represented the Rising Pune Supergiants and Rajasthan Royals. Though he years he played with the Rajasthan Royals he could not give his best but for KKR he proved himself. He has played total 45 matches in IPL and has scored 988 runs.

he is also known as Pat Cummins to his fan. An Australian player and now the vice-captain of the national team. This fast bowler was born on 8th May 1993. He started his IPL career in the year 2014 with the KKR team then he was bought by the Delhi Daredevils in 2017 for 4.5 crores. Again, KKR got him back in his team in 2020 for Rs 15.5 crore. He is the most expensive player from a different country. Pat is a talented player and has played 30 matches already in the IPL for the KKR.

he is a Jamaican cricket player playing for the West Indies team and he is regarded as the best IPL player. During the year 2012 Delhi Daredevils had bought him for their team, after 2 years KKR got him into their team and it is almost 6 seasons that he is with the team, now he has become one of the integral members of the KKR family. He had played magnificently for this team breaking many IPL records. One of his best record was 48 runs (not out) for 13 balls and this was a massive win for the KKR team. Another jaw-dropping innings was 88 for 36 balls and this was against Chennai Super Kings. In total he played 74 matches and scored 1517 runs.

he is an all-rounder playing international matches for West Indies. Born on 26th May 1988, started his ODI debut in 2011, this was in Ahmedabad against India. Since 2012 he started playing with the KKR cricketers and have contributed a lot towards the success of this team. The team regards him as one of the assets. He started as a pinch hitter and then slowly he became the finest openers of the team. Recently in a trial match he took 10 wickets for his country.

this cricket player was born on 14th December, 1994 in Kanpur Uttar Pradesh and at present he is playing for the Indian cricket team. In 2018 he was bought by the KKR team for Rs 5.8crores. That very year his match wining spell was 20 runs for 4 wickets against the Rajasthan Royal, this made him the Man of the Match. This bowler came into limelight in 2014 under 19 World Cup against his marvellous performances, here he did a hat-trick against Scotland. Till this year he played 43 matches in the IPL and has taken 40 wickets.

this Indian cricket player was born on 24th December, 1988. He started his career playing for the country in the under 19. From 2008 to 2013 he played for the Kings XI Punjab and then the very next year he was bought by the KKR team for Rs 425 lacs which was the 7th IPL auction. Again in 2020 the Chennai Super Kings took him away from the KKR team. It is said that in 2021 he will be playing for the Mumbai Indians. Till 2020 he has played 164 matches and has taken 156 wickets.

he celebrates his birthday on 11th Was born in Kodagu in Karnataka. Throughout his career he will be remembered for his important contribution for the ICC World twenty 20. ‘The Walking Assassin’ is his nickname. He started his IPL career playing for the Mumbai Indians in the year 2008, this very year he had performed really well. The very first match he scored 48 runs against 38 balls. He had won the Orange Cap when he was playing as a KKR by scoring the maximum run in the season of 660. From 2014 to 2019 he played for the KKR and it is said that he performed the best with this team. Finally, he was released from this team in 2020, this very year he played for the Rajasthan Royals and on January 2021 he is bought by the Chennai Super Kings.

this Punjabi cricket player was born on 8th September 1999. He is only 21 years old but has already earned the tag ‘Emerging Player of the Year’ for his steady performance. He has played in different batting orders but has succeeded in all of them, but his performance was best as an opening batsman. In the very first year he has made a run of 203 and very next year which was in 2019 he did 296 runs with 3 half centuries in total. For the past three years he has been playing for KKR he made a record of 939 runs. The team, coaches and owners have high hope in him.

this player from Bangladesh was born on 24th March 1987. He started his career in international game as a bowler but over the time he proved himself as a batsman as well. In 2019 he was ranked as one of the famous world’s athletes by ESPN world fame. He is one of the best KKR’s best player. Since 2011 he started playing for this team and till 2019, he played 63 matches making a total run of 746. In the very first year on his debut in this tournament which was on 15th April he took two important wickets against the Rajasthan Royals helping the team to win. He has been a consistent player through all the seasons. In the year 2014 the KKR had paid Rs 2.80 crores. This year he scored 227 runs in 11 innings. Though he is from the neighbouring country but he has a huge fan base in Kolkata.

he was born in Brisbane, Queensland, Australia on 10th April, 1990. He started his IPL career in the year 2011 as a player for the Deccan Charges, he played for the first two years with this team. Later in 2014 he signed the Kolkata Knight Riders. The very match he became the man of the match by score 45 runs against 31 balls and took a brilliant catch of AB de Villiers. He took this catch near the boundary line and this had become the turning point of the game which happened in the final over. The next year also he was signed by this team but unfortunately, he could not play for his injury. Another great record of him was in 2017 which was against the Gujarat Lions in which he hit 8 sixes. He maintained his formed throughout all the seasons and his teammates had a faith in him.

he is the elder brother of another international cricket player Irfan Pathan. He was born on 17th November 1982. He started playing for team India from the year 2001. He won the IPL thrice in his career, once for the Rajasthan Royals and twice for the KKR. Yusuf’s association with the KKR was really great, he had contributed a lot whenever he played for this team. He has played total 174 matches in the IPL and has scored 3204 runs. Not only he performed well in the IPL tournaments but he is considered as the best for the Indian team as well.

this article will not be complete if we do not mention about the present BCCI president. His fans call him Dada, God of the Off Side and Prince of Calcutta. He started his IPL career by playing for the KKR team. He has a record of hitting the very first ball of the IPL tournament which was against the Royal Challengers Bangalore at the M Chinnaswamy Stadium, where KKR had won. Though he did not continue for a long time with this team but the years he played was magnificent. He played only 59 matches for IPL. It has been years that Dada has stopped playing for this team but still he is the favourite for the people of Kolkata.

There been many players who came every year to play for the team KKR but the ones mentioned in this article is the favourite of the young generation. It is said that players like to play for KKR because they receive the best treatment from the owners, coach and the other members. It is been several seasons of IPL but still KKR is able to hold on to its glory. Every year this is the only team which gives its best.